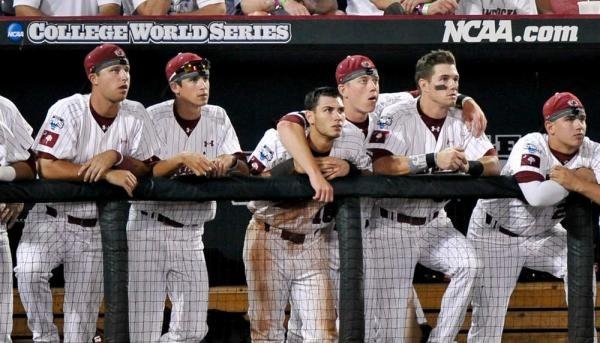 A few years ago, I had the opportunity to coach incoming Freshmen and Sophomores (high school baseball) in an end of the Summer 15u Tournament. I thought it would be a good chance for myself and the coaching staff to see what we have coming up in our program.

The biggest thing I noticed over the weekend was the players lack of Game Savvy. So I thought I would make a list of things that came up in our tournament that can help you and your players become more game savvy. For a majority of my readers these tips are no brainers but for 100% of my freshmen and sophomore they were all new concepts.

Which leads into my next tip… Make sure that the OF’s have all their hats/gloves together in a pile in the dugout and all the IF’s have their stuff in a pile so that when the inning ends your nearest fielder can pick you up without having to look all over for your stuff.

Which leads into my next tip…At the Varsity level we expect that as soon as the 3rd out happens that you are at your position in less than 15 seconds. Not spending 60 seconds looking for your stuff and then walking or jogging to your position. (Pitcher/Catcher are the exception)

Which leads into my next tip..When you are on defense and the 3rd out happens you have 11 seconds to get into the dugout. Which means you sprint.

When you are on deck and a foul ball is hit that stays in play near home plate you are responsible for getting that ball if it is on your side or straight behind the catcher. Then put that ball in your back pocket and HAND it to the umpire at the next dead ball.

Which leads into my next tip…Whenever you get a ball from foul territory whether you are on the bench or on the field at the next dead ball, run up and hand the umpire the ball. Don’t toss it to him, Don’t throw it to the catcher, Don’t roll it to him. Run the ball and hand it to him.

When your team scores a run, or a player executes a sac bunt or moving a runner over, everyone should get up in the dugout and pick up that player by giving him a high-five, fist pound, “thatta boy” or something. Regardless of the score. It shows that your focused in the game and also a great encouragement to your teammates.

One of our players who listened well to my speech about picking up players at the end of the inning by bringing them their glove/hat didn’t realize that this doesn’t apply to players who are on the bench. Your not a bat or ball boy. Players that are IN the game should bring the other players their gear.

Another one of our players was hanging out and talking to one of our players that was warming up the Right Fielder. I said, “What are you doing?”. His honest to God answer was “Hanging out with him while he warms up the right fielder”. I had to then explain to him that warming up the right fielder doesn’t include having a personal assistant to chat it up with while doing it.

Those are just a few of the game savvy things that our younger guys had yet to learn and will continue to learn as they play this great game. Most of these we take for granted at the varsity and college level, so it was a nice refresher for myself and my coaching staff in the teaching of the little things that happen during games.

So in your next game our tournament, show your baseball game savvy by doing a good job of the little things that happen during the game.

Started From The Bottom…Dream Big

Two Strike Hitting: Why Striking Out Isn’t The Worst Outcome

Stay In Touch With Me.

The most direct & personal way to reach me for conversation.

My favorite place to stories & my journey and to give away freebies.

My biggest platform. Join my community & stay up to date on everything I do.

My business profile. Where I like to help you grow your business savvy.